Adele has been in the press a lot recently. Mainly for the record-breaking sales of her new album 25. But also because she has lost weight. Her weight loss is attracting the attention of the press because of how she achieved it.

According to The Sun the singer said:

I used to drink ten cups a day with two sugars in each so I was on 20 sugars a day…. Now I don’t drink it and I have more energy than ever.

Giving up tea is what has attracted the most attention. Maybe because it isn’t a familiar cut-out-carbs or calorie-counting diet. Instead it’s a change to an established habit. Reducing sugar intake by 20 spoonfuls a day is a significant change and interestingly Adele reports having more energy and generally feeling better. And it’s simply one specific habit change. 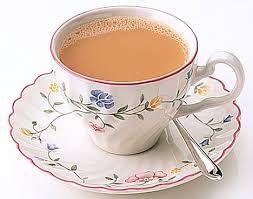 It probably wasn’t easy for Adele to give up tea, because changing a long-standing enjoyable habit takes effort. But for all of us, once we develop a new habit, we have done the hard work. I don’t know exactly what Adele did to make the change, but if you have a specific eating or drinking habit which you know is unhelpful to your weight or health, you can change it to a new habit so that your weight loss or health improvement will be permanent.

Appetite Retraining is all about changing one habit at a time, so that the change is easy to sustain.

If you have a habit you want to change:

You can see more about working with me directly here